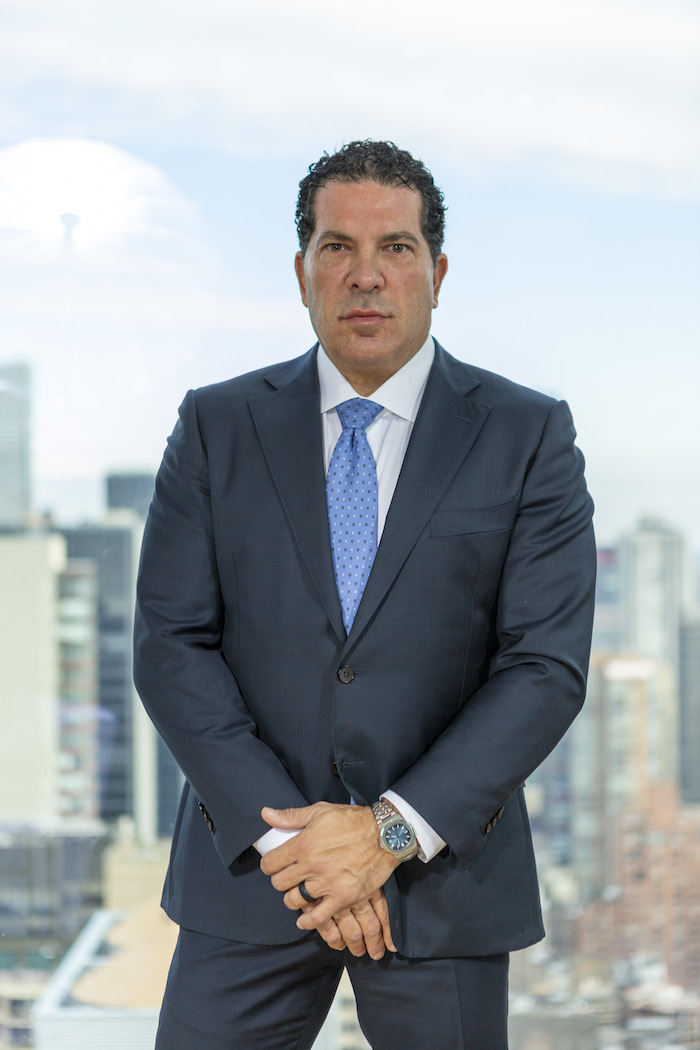 Mr. Tacopina is one of the country’s most respected high-stakes trial attorneys, having successfully tried more than 100 cases in his distinguished career. He frequently represents clients in high-stakes civil, criminal and commercial litigation, zealously advancing their interests and often recovering substantial money damages.

Mr. Tacopina began his career as a prosecutor in Brooklyn, where he prevailed in an extraordinary 39 of the 40 trials he led. After moving into private practice, his unmatched string of successful verdicts grew, as did his reputation as a savvy courtroom tactician and a go-to advocate for high-profile clients dealing with situations that capture the public’s attention. Known as a fierce litigator, he has zealously represented athletes, politicians, actors, executives, musicians, judges, law enforcement officials and other celebrities, including NFL team Washington Commanders and team owner Daniel Snyder, Michael Jackson, Alex Rodriguez, Meek Mill, YG, Sean Hannity, Don Imus, Swiss Beatz, American Singer Ne-Yo, Emmy Award-winning television journalist Sarah Wallace, Kimberly Guilfoyle, executive director of the NFLP DeMaurice Smith and Rapper A$AP Rocky.

Outside of the courtroom, Mr. Tacopina deftly defends his clients in the court of public opinion, and is equally adept at keeping clients away from the media’s spotlight. The matters he works on frequently capture the nation’s attention, including his successful effort to free rapper Meek Mill from prison, the investigation into the disappearance of Baby Lisa Irwin, Major League Baseball’s investigation of Alex Rodriguez and the acquittal of Sopranos actor Lillo Brancato on murder charges.

Among his many accolades, Mr. Tacopina has been honored by the National Italian American Bar Association; been named Humanitarian of the Year by Reverend Al Sharpton’s National Action Network; has received the Man of the Year award from New York State’s Commission for Social Justice; and has been named to Billboard’s list of Top 100 Power Players in R&B and Hip-Hop. He has also consistently been named a New York Super Lawyer, an honor given to attorneys who exhibit excellence in practice, and has earned Martindale-Hubbell’s AV Preeminent rating, the highest accolade an attorney can obtain from their peers.

“One of the most prominent trial attorneys in America.” —Fox News

“Joe Tacopina taught me that sometimes, you’ve got to go to war.” —Meek Mill

“One of the great defense attorneys of all time” —Sean Hannity, Fox News

“One of the great trial lawyers in America who wins cases that nobody else could win” —Rikki Klieman, CBS News Legal Analyst

“Tacopina’s unbelievable. The guy works magic. He is the real deal. He’s not to be messed with” —Don Imus, Imus in the Morning

“Joe Tacopina, the best in the business” —Ashleigh Banfield, CNN

“One of the best attorneys in the country” —Reverend Al Sharpton

“Mr. Tacopina is to the defense bar what Donald Trump is to real estate” —The New York Times

“Joe Tacopina, defense attorney…one of the best” —The Today Show

“Elevated to the upper level of prominence” —USA Today

“One of the country’s top attorneys” —Soledad O’Brien, CNN

“Joe Tacopina, one of the go to defense lawyers in America” —Don Imus, Imus in the Morning

“When you hire Joe Tacopina—it’s over” —Don Imus

“He's a T-Rex in shark's clothing with the mind of Perry Mason.” —NBC News